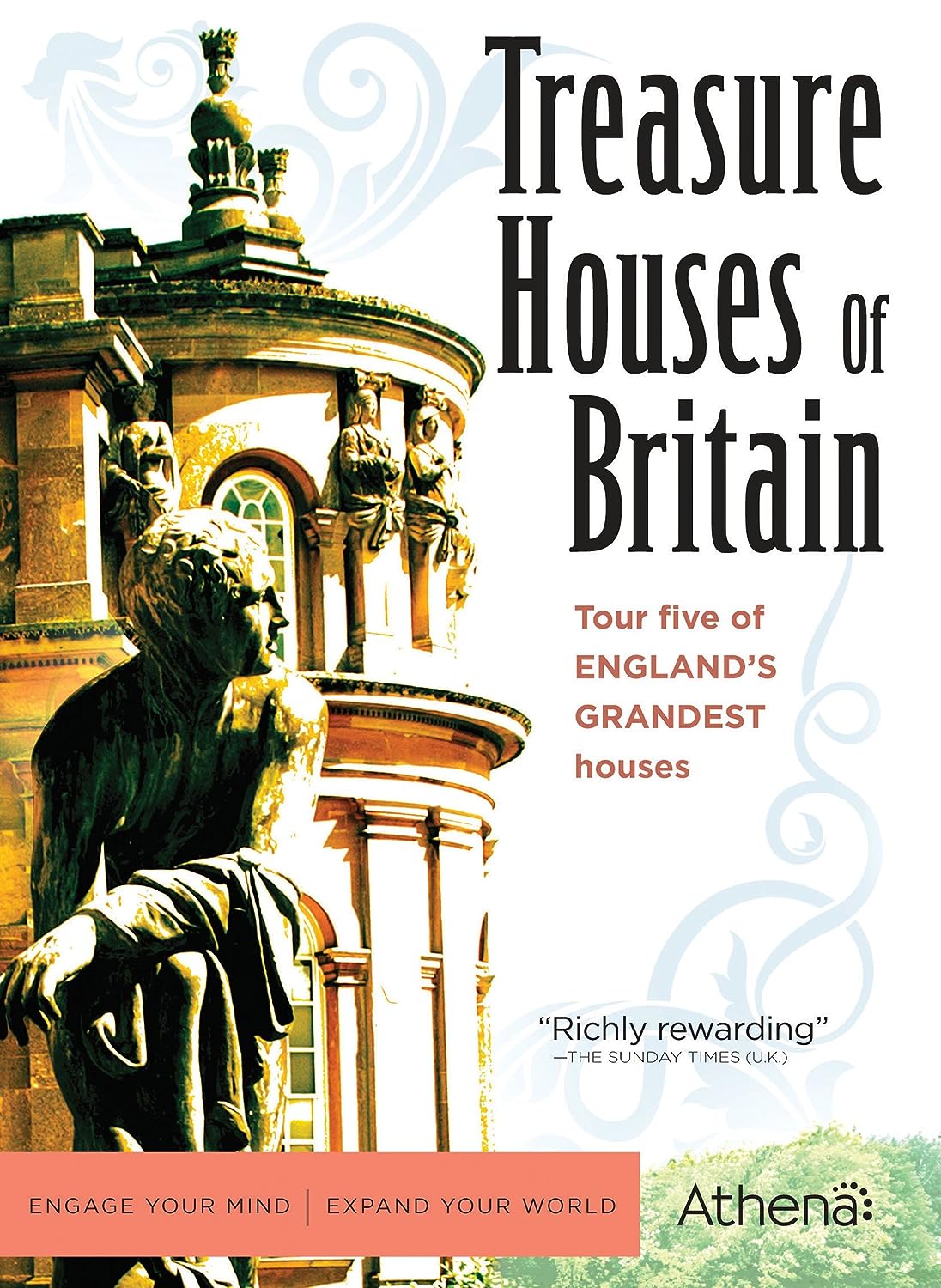 Discover the rich history of England's great country homes with intimate visits to Burghley House, Chatsworth, Blenheim Palace, Holkham Hall, and Boughton House, all shot in dazzling high-definition. Accompanied by their present occupants, journalist Selina Scott tours the properties, examining the architectural wonders, paintings, furniture, tapestries, sculptures, and other works of art accumulated over the centuries, including a pietra dura gifted to an English nobleman by the powerful Medici family and the wealth of "England’s Versailles." Each of these magnificent houses tells the story of the influential families who lived there, from the Earls of Leicester to Winston Churchill’s ancestors.

Join Scott as she discovers the astonishing affluence and fascinating stories behind these cherished properties. Explore the parlors, suites, and grounds of homes that are more than simply architectural masterpieces: they're snapshots of the tastes and sensibilities of bygone eras and part of the fabric of the nation's history.

Selina Scott has been a respected broadcast journalist in the U.K. for over 30 years. A trailblazing female news presenter, she has hosted television programs at the BBC, ITV, CBS, and NBC and today advocates for causes such as countryside preservation."

The House We Need

Invisible Perspective: Women in the Space of Architecture

#Book
Copenhagen Architecture Festival
Online
What care has to do with it?

Designers, architects and urban planners are increasingly taking on the task of managing social and political issues of relationships, neighborhoods, energy flows, mobility, cultural heritage, identity and urban change, rather than just spatial and formal aspects. The theme ‘Landscapes of care’ focuses on a change of direction in the values, interests and priorities that drive architecture and urban planning. The ...

If These Walls Could Talk

Examining the methods behind visionary proposals, the project looks at architectural and literary utopias as a collection of ideals, working together to provide a theoretical testing ground, not with the aim of realization, but rather of providing reflection and critique of their contexts.

This project is a knowledge shelter and community centre for the women of Behrampura.

The City as Journey

Sensing and understanding Plzen as (un-)familiar territory through undirected research and bodily engagement.