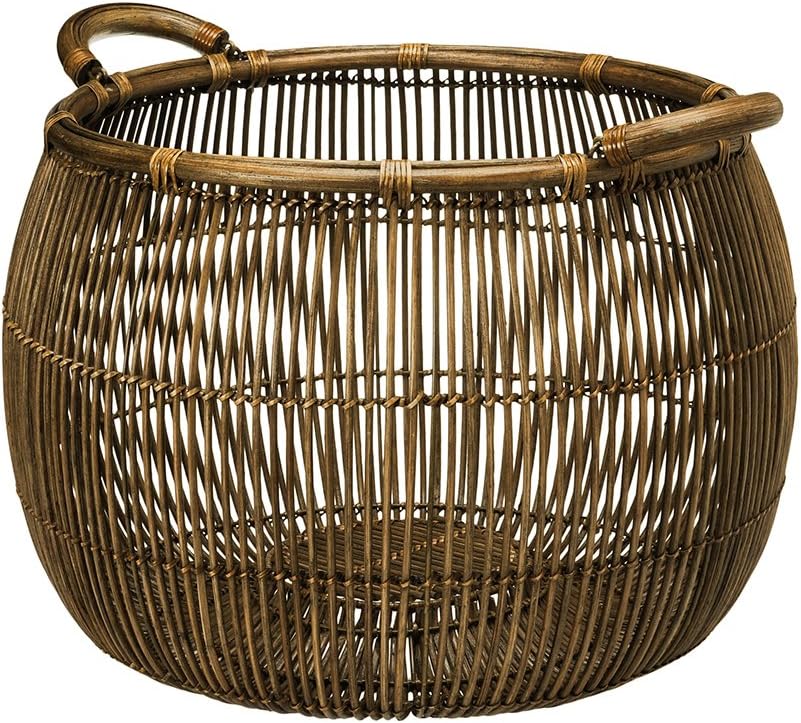 This hand woven storage basket has sculptural qualities due to the intricate open weave. The open weave allows for the content to become part of the look. Neatly store pillows, throws, books, magazine and much more in it or use it as a cachepot for your indoor plant.