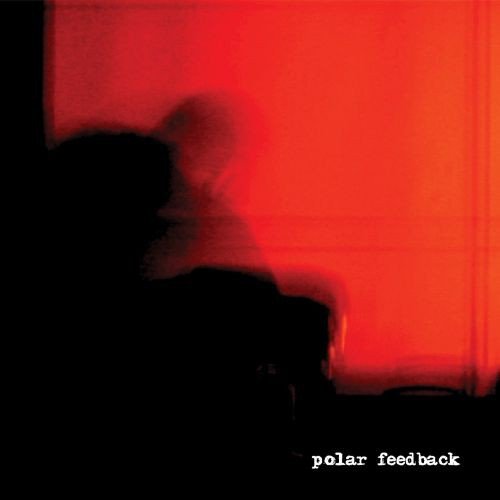 Home Feedback, Polar's 2008 album, will be released on 30th June, their most excitimg so far, which will include an extra DVD featuring a documentary about the band in their 10th anniversary, at the price of a single CD. Before they start writing new material for their fifth album, due out in 2009, they have decided to look back on their influences by compiling the different versions they have recorded in the past (most of them unavailable at the moment) and recording five new covers of some of their most influential artists, such as Galaxie 500, Yo La Tengo, Nick Cave, the Smiths, the Dream Syndicate, the Velvet Underground or the Small Faces. What's the meaning behind a record like Feedback? Looking back at your past achievements as a band can feel a bit smug, after all. Fortunately, some artists do it with from a different angle, and set off on a journey to annalyse how experience has enriched them, while advancing at the same time. Others focus on getting to know themselves better, so as to understand, and even rediscover, their own selves. That's where the importance of Feedback lies: it's a remembrance via the bands that Polar have loved, to establish where and who they currently are. A collection of songs which mean a lot to them and which have turned them into today's Polar, ranging from the early days of admiration for Galaxie 500, of slowcore, silence and slowness, to their more recent encounter with intense, noisy rock (watch out for their next album, due out next year). Feedback Part I is a compilation of songs scattered among limited edition records, collaborations with other labels, foreign affairs, and released in chronological order, which is completed with five unreleased songs, and which confirms the band as music lovers, essentially. This record, therefore, comes out of respect, and the need for creation and expression, and also as a coming to terms with themselves, their influences and the way they work as musicians and music writers (isn't recreation another way of creating after all?). After 14 years, Polar have established themselves as the most solid exponent of slowcore in Spain. From subtlety to distortion, from melancholy to euphoria, from melody to noise, Polar are right now one of the most important bands of the Spanish independent scene. But Feedback also features Part II, a DVD which complements Part I perfectly. A DVD, which will include "Home", a documentary about the band filmed by Pau Martínez and Gabi Ochoa during the recording of Polar's album "Comes with a smile" to celebrate the 10th anniversary of the band. The 90-minute long film was showed on the Cinema Jove Festival of Valencia and the Gijón Cinema Festival. It's an intimate portrait of the band's way of life and their collaboration with music peers (The Zephyrs, Lou Anne...), and features interviews with prestigious music journalists. All in all, a documentary worth of Polar's brilliant career and talent.

Check the hottest website designs of the week. These rising stars are worth your attention.

Get Unlimited Downloads with

Look through the best website designs hand-picked by our expert review team.

Meet our newbies! The latest website templates uploaded to the marketplace.

Wordpress Sport Landing Template Bootstrap Sportgym V2.0 - Cool Solution For Fitness And Not Only by alexshop

We are proud to have an excellent customer satisfaction rate, which is the highest in our niche. Thank you for the trust. Check our company reviews and share your opinion about TemplateMonster.

TemplateMonster is a large and growing marketplace where you can find high-quality digital products matching the latest web standards. The collection of items includes a wide choice of website templates suitable for all kinds of niche-specific projects, small or large companies, startups, and any other kind of business that you happen to run. There are premium-quality and free website designs that you can download for your creative web project. The marketplace includes Bootstrap-based website templates, HTML5 and CSS3 ready-made solutions, website templates loaded with a website builder, and more.

TemplateMonster digital marketplace also includes a wide choice of CMS and WordPress themes. Ready-made blogging and business themes come in different designs and styles. Most of them are fully responsive and 100% customizable items. In our WordPress store, you can come across many striking templates for Elementor page builder, as well as WordPress plugins and WooCommerce themes.

Ecommerce Is Our Passion

If you need ready-made solutions for the development of eCommerce projects, the marketplace features eCommerce themes for all popular platforms. We include Shopify, Magento, PrestaShop, OpenCart, VirtueMart, MotoCMS eCommerce, and more. Every eCommerce template is created with the latest web development techniques in mind. The ready-made eCommerce designs represent professional combinations of designs and functionality. They feature all the essential elements needed to create conversions-oriented websites. The download packages include shopping cart variations, ready-made product and category pages, user-friendly navigation styles, advanced search options, smart filters, and other functions that make eCommerce themes in the TemplateMonster digital marketplace stand out among the competitors.

On TemplateMonster digital marketplace, you will find a wide selection of high-quality graphics that can add a breathtaking visual appeal to your site. We offer collections of icons and logo designs, stunning UI elements, animated banners, fonts, after effects, etc. We offer everything that you need to establish a reputable brand identity and make your brand stand out. Additionally, we have stunning presentation templates for PowerPoint, Keynote, and Google Slides, as well as visuals for online marketing campaigns.

In a word, TemplateMonster digital marketplace features all that you need to launch a unique and competitive web project. Browse the collection of our website designs, CMS and eCommerce themes, as well as stunning graphics to choose items that will be the perfect fit for your projects.